Sketch the Dome: celebrate the Dome with your digital creation!

The Opera del Duomo is launching an initiative combining its Autography App with Instagram and rewarding the best digital creations with an ad hoc exhibition held to mark the 600th anniversary of the call for tender for the Dome.

The Dome of Santa Maria del Fiore Cathedral, Filippo Brunelleschi's masterpiece which has become a symbol of the Renaissance, was the object of a competition launched on 20 August 1418 by the Arte della Lana, or Wool Merchants' Guild. Brunelleschi submitted his first (paper) model in December of that year , although it was 1420 before his design gained final approval and the foundation stone was laid. But quibbling aside, 2018 is the year in which we will be celebrating the 600th anniversary of the design of one of the greatest pieces of architecture ever built.

The Dome, which continues to be an object of study and hypothesis as well as a source of artistic inspiration for many even today, unquestionably belongs to mankind's shared artistic and cultural heritage. To celebrate this special anniversary, the Opera del Duomo is launching a digital competition entitled "Sketch the Dome" which you can enter, between 1 February and 31 May, by following the instructions below.

How and when to enter the competition

From 1 February to 31 May 2018, anyone with an Instagram account can enter the competition by downloading the Autography App and using it to design and produce a digital creation on the theme of Brunelleschi's Dome.

You can produce a drawing, jot down your thoughts, compose a poem or simply create whatever you feel best reflects the theme: follow in Brunelleschi's footsteps by giving free rein to your imagination! Once you have created your graffiti, publish it on your Instagram account using the #SketchTheDome and #MuseoDuomoFi hashtags.

That will allow us to pick up all the graffiti entered, and as of 1 June 2018 the @MuseoFirenze staff will announce the digital graffiti finalists whose work will be showcased at a special temporary exhibition which will be held on September on the Opera del Duomo's premises in the very shadow of the Dome itself. Winners will be contacted via e-mail and their entries will be published on the Opera del Duomo's social media. 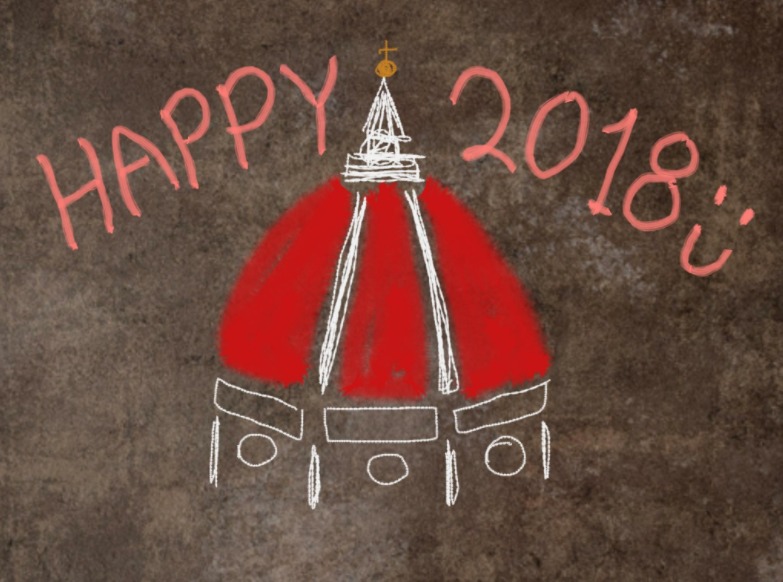 One of the 42.000 digital graffiti create with Autography.

All entries will be kept on the official App website – autography.operaduomo.firenze.it – in accordance with the underlying philosophy governing the Autography project since it was first devised, namely to preserve graffiti in the digital world in order to preserve a monument in the real world.

So don't miss this unique opportunity to pay tribute to one of the greatest creations of the human mind – an icon of art, architecture, history and faith – while at the same time giving free rein to your imagination and becoming a part, even if only temporarily, of the living history that is mankind's shared heritage of Piazza del Duomo. 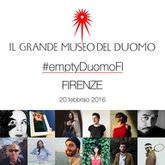 #emptyDuomoFi: the beauty of the Museo dell'Opera del Duomo caught in camera 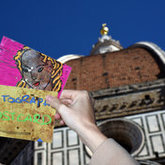 Share your memory of Florence: send a postcard to a friend with Autography! 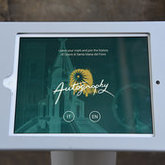