This room is known as the “Treasury” because it houses an altar frontal and a monumental Cross, both made of silver and together weighing almost 250 kilos counting only the metal parts, which were restored between 2006 and 2012. Commissioned by the Arte di Calimala, the cloth merchants’ guild, and made by several generations of artists starting from 1366, these intricate assemblages of thousands of elements were the focus of the most important religious celebration of the Florentine Republic: the feast of the patron saint of the city, John the Baptist, on 24 June. On this day they were erected in the church dedicated to Saint John, namely the Baptistery. This room also conserves the surviving embroideries from the set of vestments known as the Parato di San Giovanni. These are twenty-seven panels embroidered with scenes from the life of Saint John made to a design by Antonio del Pollaiolo, and originally arranged on the two dalmatics, the chasuble and the cope in white brocade which were worn by the officiating priests on the feast of the patron saint. The value of these embroideries is primarily artistic, offering an all-embracing synthesis of Florentine fifteenth-century painting, encompassing perspective, anatomy, gestural expressiveness and architectural setting. In iconographic terms they represent the most articulated cycle of images on a single subject to have been produced in Florence in the second half of the fifteenth century. 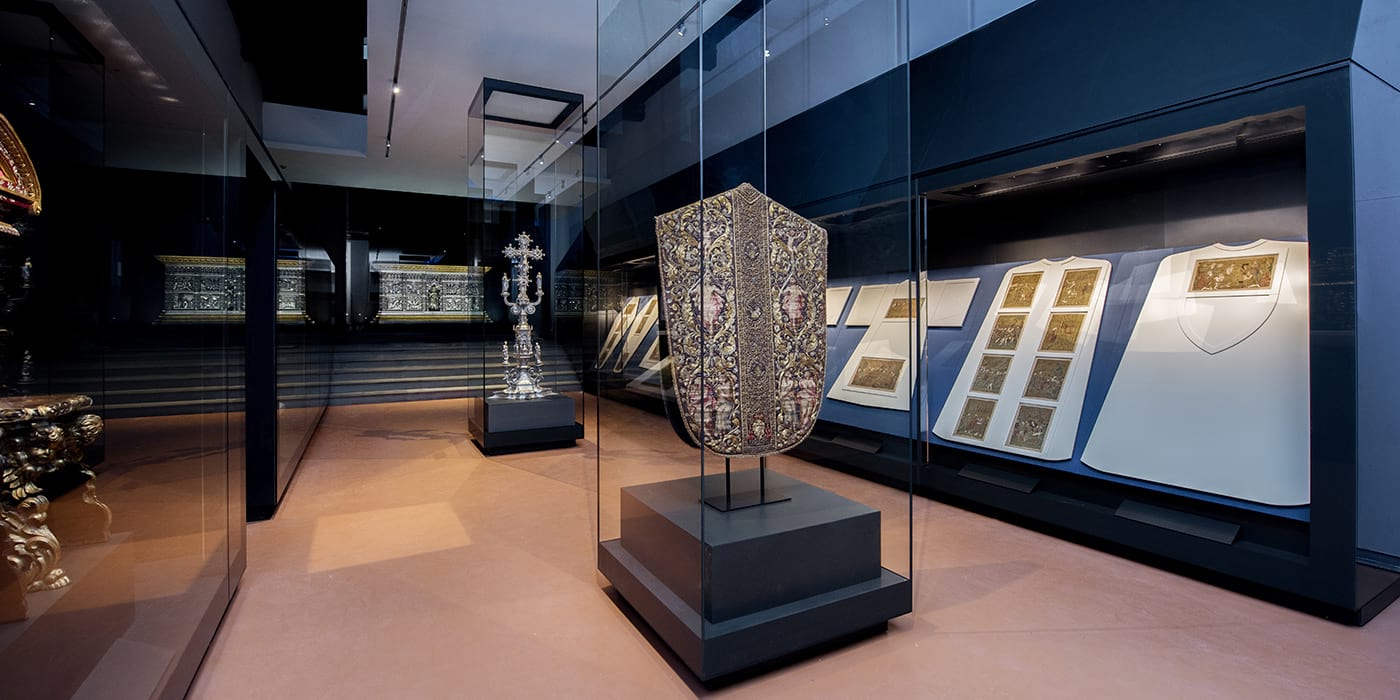