During the demolition of the facade in 1587 most of the decoration was lost, and the pieces displayed here are some of the ones that survived. They also include pieces found in the excavation carried out under the aisles of Santa Maria del Fiore which brought to light the remains of the old cathedral of Santa Reparata. In the course of the works, which took place in the years between 1965 and 1973, the paving of the new Duomo was removed and fourteenth-century decorations were found on the back of several white slabs, confirming that the Opera was in the habit of recycling the costly marble adapting it to the requirements of the current project.

The marble, sculpted and decorated with golden or coloured mosaic tesserae, transformed the Cathedral facade into an image of the heavenly Jerusalem described in the New Testament, with walls built of precious stones (Revelation 21.18-21). The allusion to the future city must have been particularly clear at sunset when the west-facing facade was lit by the last rays of the sun. 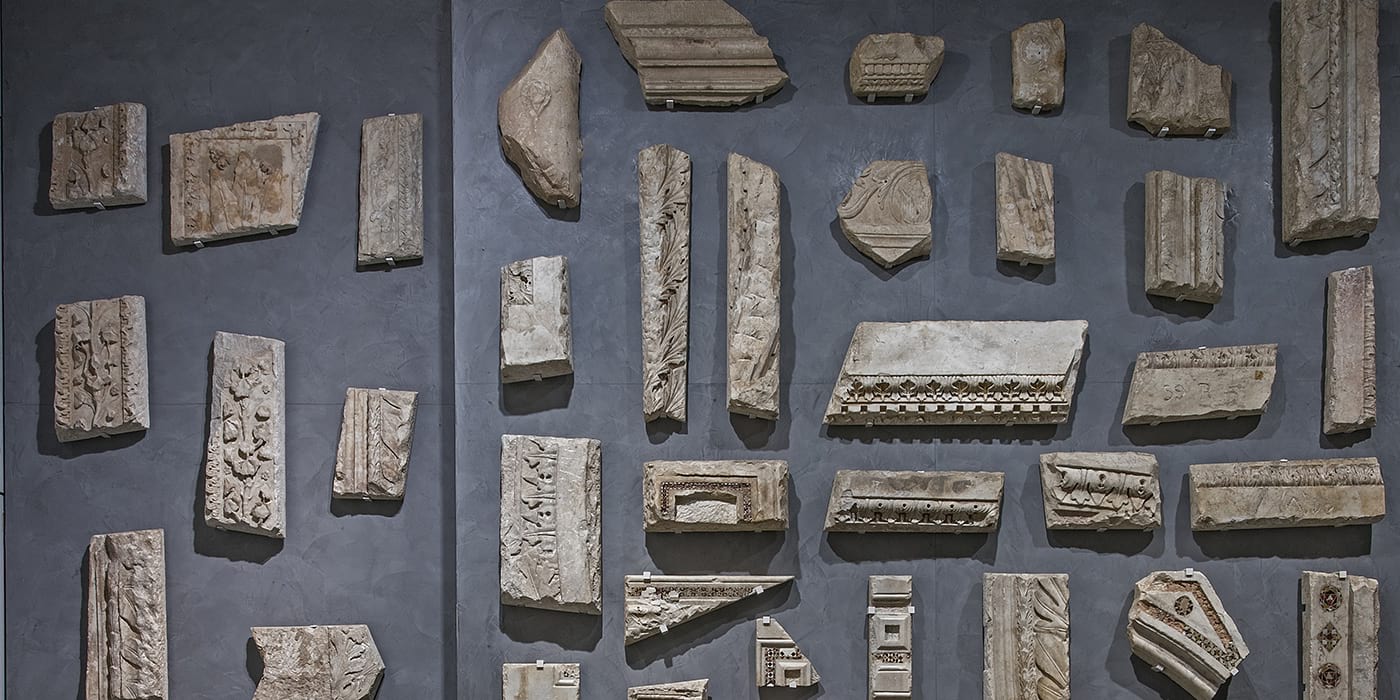