The main gallery displays the designs for the modernisation of the facade of the Cathedral commissioned by the Medici Grand Dukes. Seven large wooden models illustrate the proposals for a Renaissance facade to replace the mediaeval one demolished in 1587. At the same time, the reconstructed mediaeval facade is always visible through the large windows of the gallery, inviting visitors to assess the divergence between the mediaeval appearance and the proposals of architects of the Mannerist and early Baroque periods. Also on show in this gallery are two of the paintings executed in 1589 for the wedding of the Grand Duke Ferdinando I with the French princess Christine of Lorraine, as well as copies of some of the colossal statues which were placed upon an imitation facade erected specially for the occasion. The originals can be seen in the north-west tribune of the Duomo leading to the ascent to the cupola. 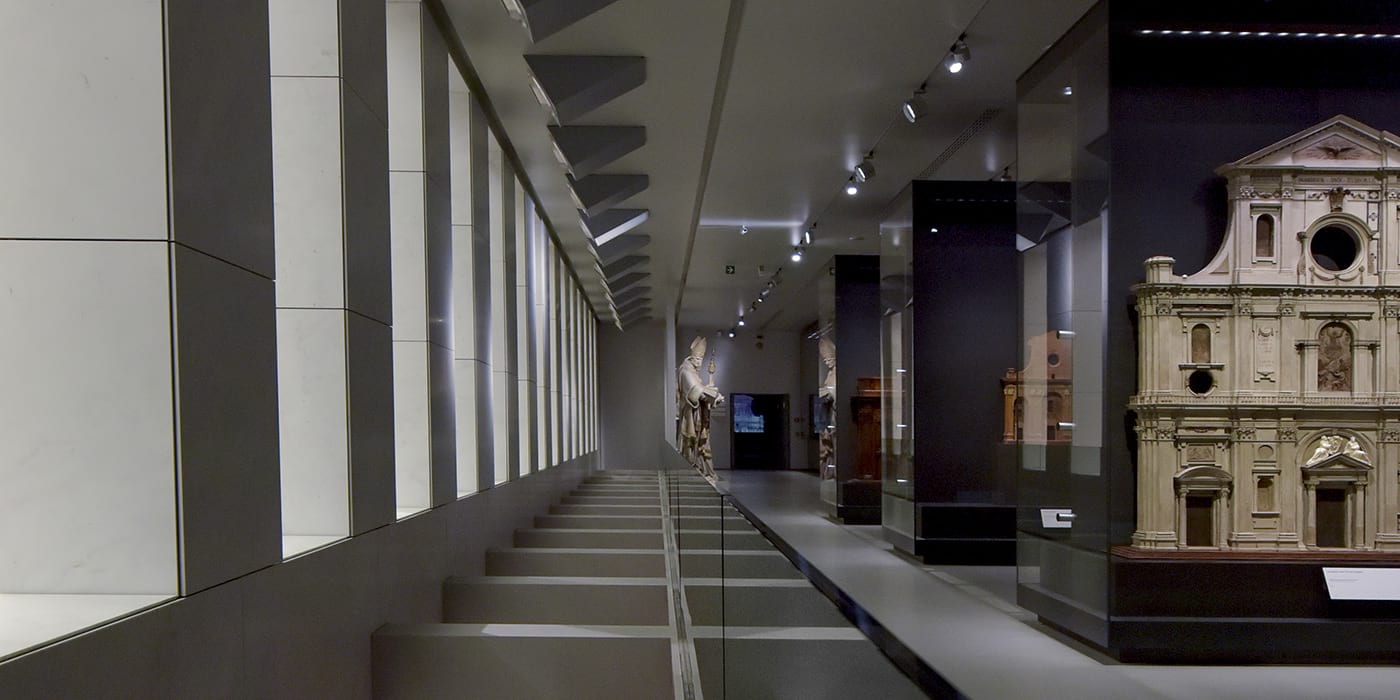