Begun in 1296, the design of the new Duomo of Florence was characterized by the sculpture, the use of which was extended in later decades to the Baptistery too, and after 1334 to the bell-tower. It was a choice that underscored the modernity and economic power of Florence, capable of vying with the cathedrals of northern Europe by employing the most expensive art form of the time: monumental sculpture. There was also a religious significance since the New Testament refers to believers as the “living stones” of the spiritual edifice of which Christ is the cornerstone (1 Peter 2.5). Thus the marble statues and the reliefs erected on the Cathedral, the Baptistery and the Bell-tower reflected the identity of the people of Florence, who contemplated their own vocation to holiness in the saints and prophets portrayed.

As well as the works made for the Baptistery by the Siena-born Tino di Camaino, this gallery also displays important fragments from the most elaborate of the side doors of the Duomo, the one on the north-east known as the “Porta della Mandorla”, executed between 1391 and 1422, among whom the young Donatello. 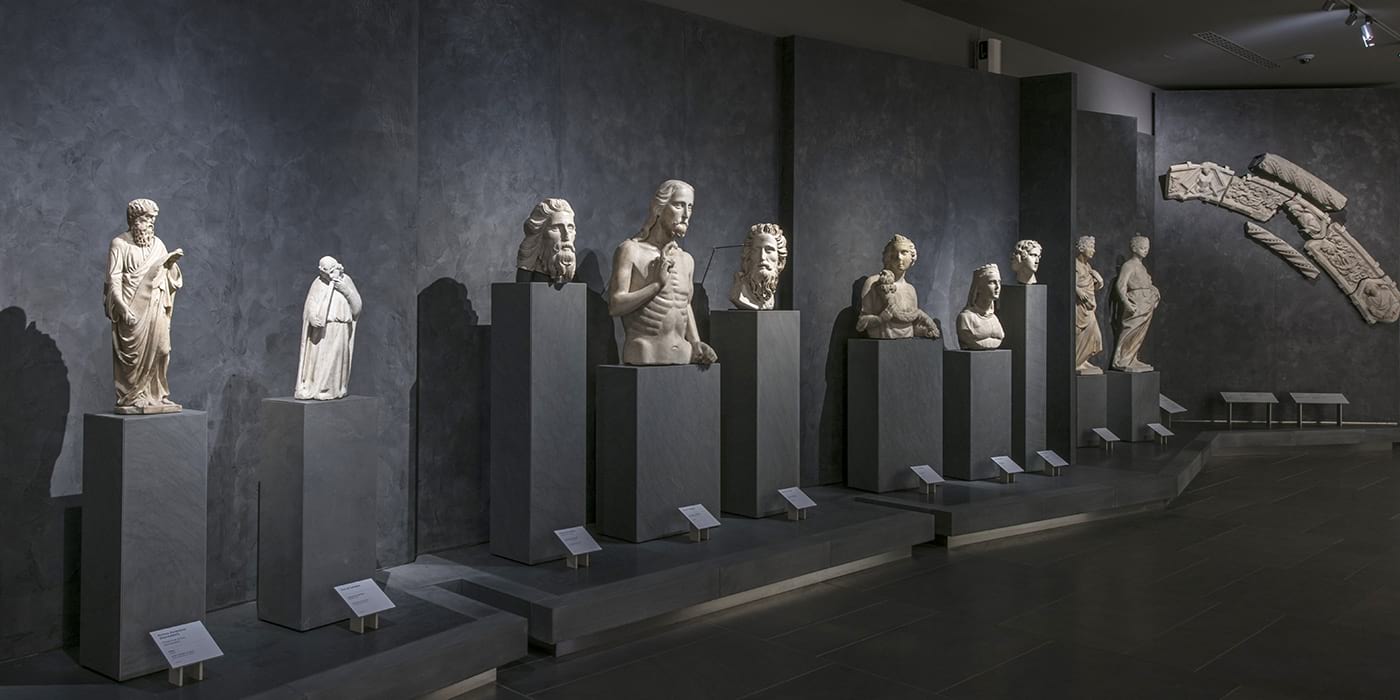