The room contains several paintings which were previously in the aisles of the Cathedral, together with the remains of the first monument to illustrious men for which Santa Maria del Fiore is famous: the tomb of the condottiere Piero Farnese (1310-1363). The tomb was adapted from an ancient Roman sarcophagus and was originally surmounted by an equestrian statue the appearance of which is recorded in eighteenth and nineteenth-century drawings. Also displayed here, among the other objects of Marian devotion, is the celebrated sculptural group of the Annunciation made in the early fifteenth century for the exterior of one of the side doors of the Duomo, but then placed inside the church for many years above an altar adjacent to the main door. 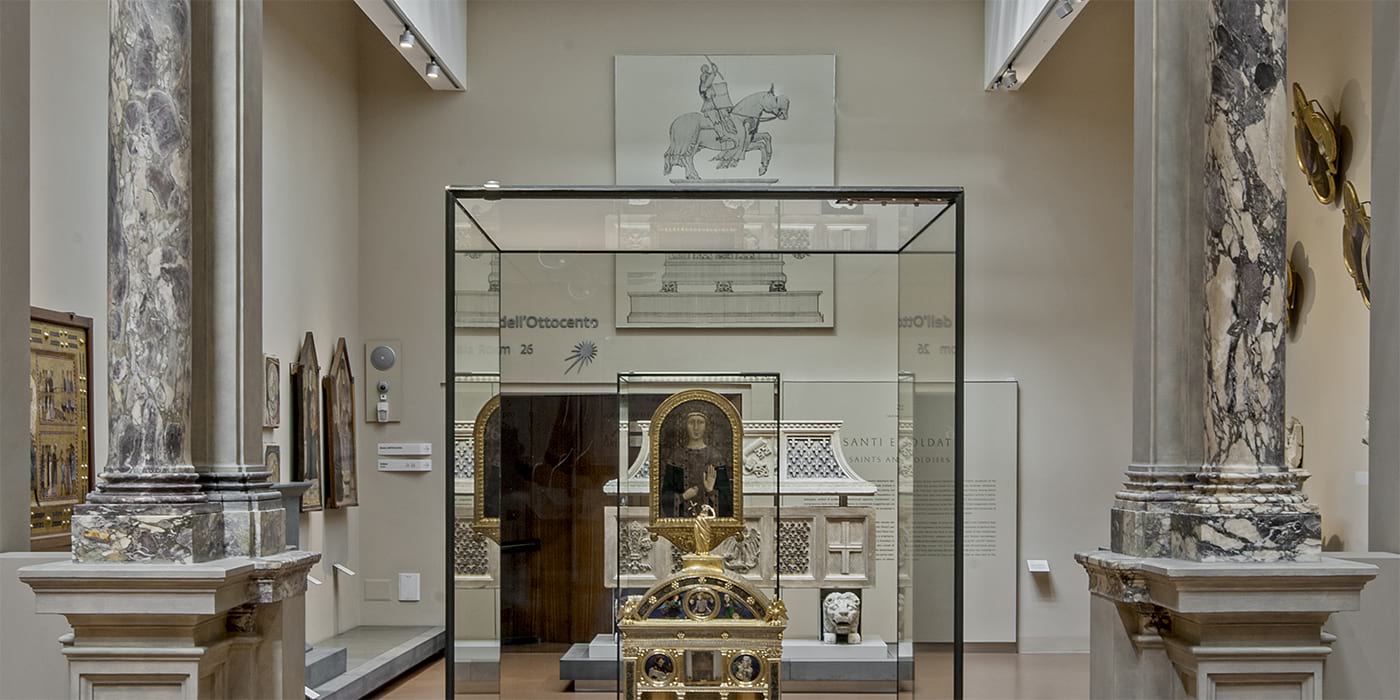