The choice of sculpture as a means of communication, which had already been employed in the Duomo and the Baptistery in the early decades of the fourteenth century, was reconfirmed in the decorative program of the Bell Tower. The first and most conspicuous part of the series of sixteen monumental statues and the fifty-four reliefs displayed in the adjacent gallery was made from 1334 on by Andrea Pisano and various assistants, including his son Nino. The subjects are divinely-inspired prophecy, evoked by the figures of the prophets of Israel and the pagan sibyls, and human creativity illustrated in the reliefs portraying the biblical inventors of agriculture, animal husbandry, the arts and the professions. Other reliefs illustrate the astrological influences, the theological and cardinal virtues, the liberal arts and the seven sacraments of the Church.

The reliefs are arranged in the original order, starting from the west side of the bell-tower and moving on to the south, east and north. The hexagonal reliefs illustrating the arts are placed below the lozenge-shaped reliefs illustrating the ‘systems’ governing human existence. On the other hand the order of the statues, which had already been altered in 1464, follows the grouping on each side of the tower, although they are arranged so that the famous fifteenth-century figures are positioned in the centre of the gallery. 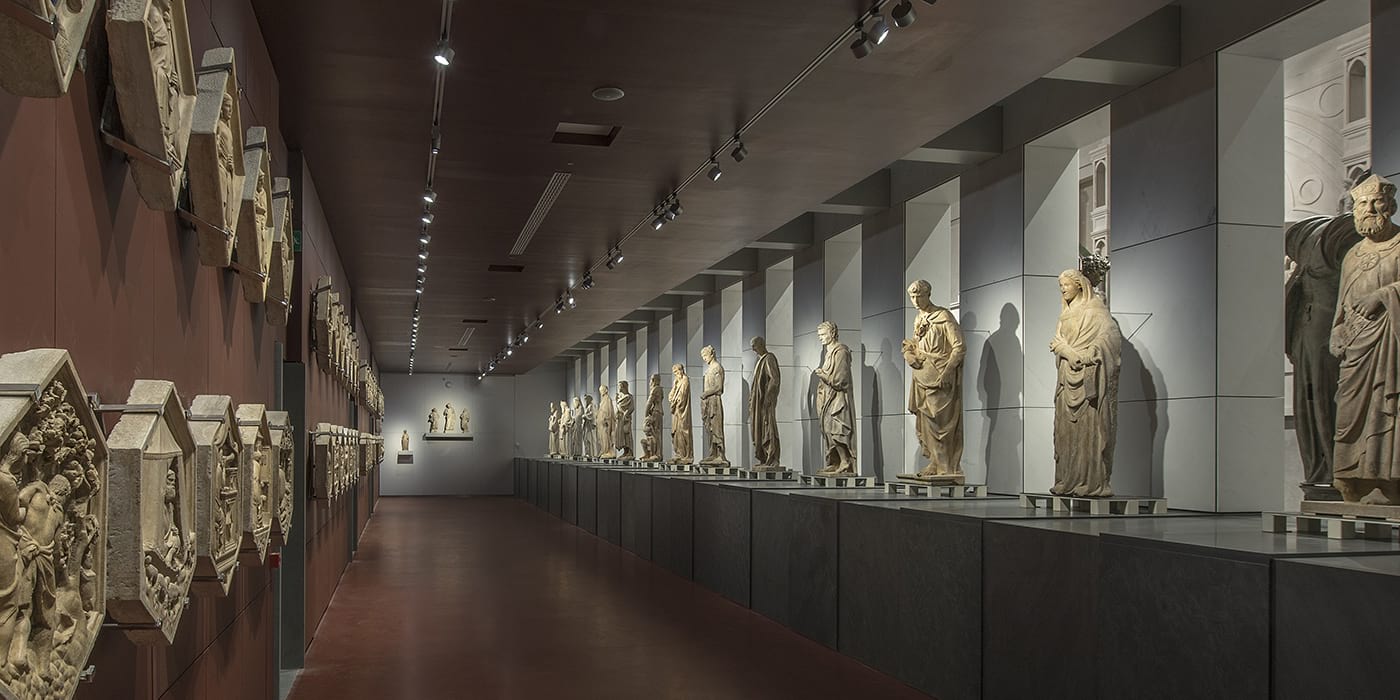