This is the Sala delle Cantorie, where the new layout has been designed to suggest the sanctuary of the Duomo, the place where the priests and other holy ministers gather. Close to the sanctuary there is usually a place for the musicians and the choir. It is here that the two cantorie by Luca della Robbia and Donatello are displayed, along with precious liturgical accessories and devotional objects. The singing galleries were once set above the north-east and south-east pilasters of the crossing of the Duomo, above the high altar. These galleries for the singers and the organs were commissioned in the early 1430s when the Cupola was almost complete and the Opera del Duomo began to think about arranging the area beneath for celebrating the liturgy. In both galleries the portrayal of children bears witness to the joy of the Florentines at bringing to completion the works on the Cathedral which had begun so long before in 1296. This same joy is also expressed in the Biblical text engraved below Luca della Robbia’s figures: Psalm 150 which describes a concert in which various musical instruments are used to honour God. 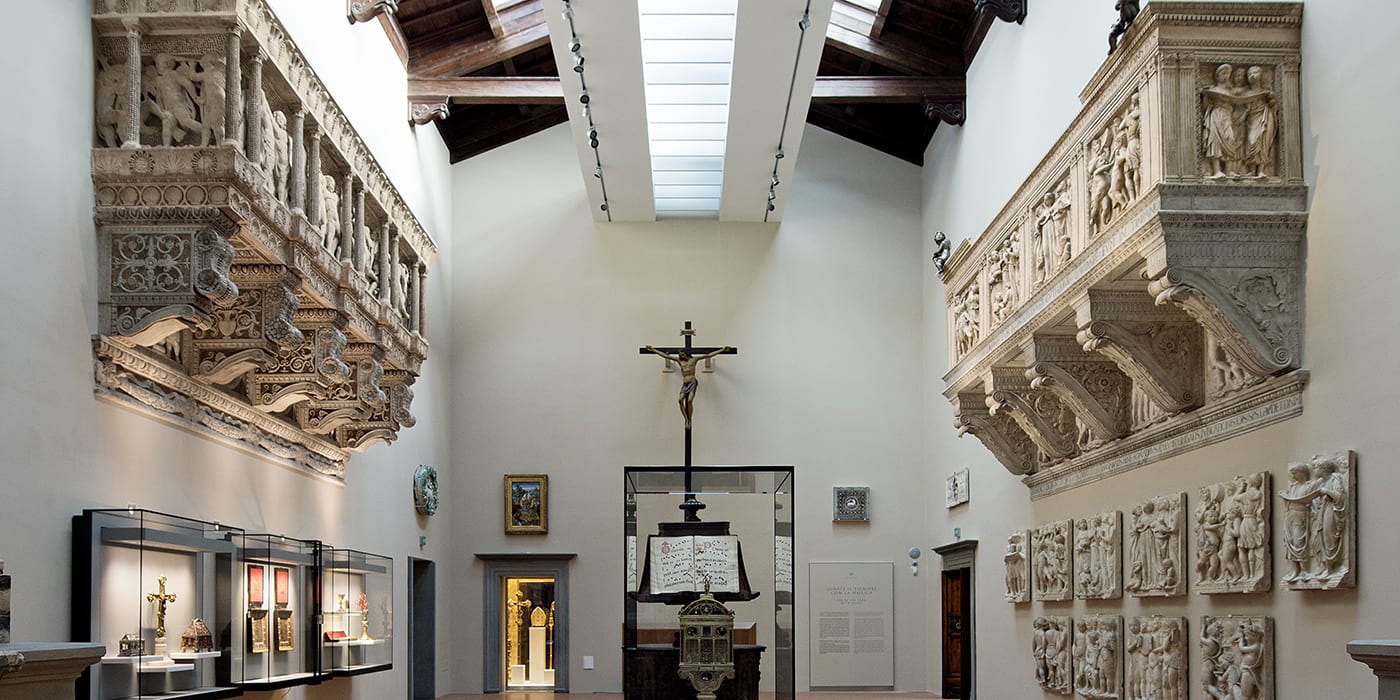