This gallery illustrates the conceptual and symbolic process through which, between 1418 and 1436, the ingenious architect of the Cupola of the Duomo, Filippo Brunelleschi, applied engineering and mechanics to create the final structural component of the basilica, known as the tribuna maggiore. The architect’s death mask is also conserved here, as are fifteenth-century wooden models of Cupola and Lanterna and a selection of period tools. There are also large modern models and a theatre area where visitors can view a short explanatory film.

Also on display in the gallery are late fifteenth and early sixteenth-century models for the covering of the drum, which was left unfinished when Brunelleschi died in 1446.

Other models and educational slides illustrate various projects connected with the completion of the cupola: the choir created beneath it to a design by Brunelleschi in 1436; the stained glass windows designed by Ghiberti, Donatello, Paolo Uccello and Andrea del Castagno from 1436 on; the monumental cornice experimentally erected on the south-east side of the drum by Baccio d’Agnolo in 1515. 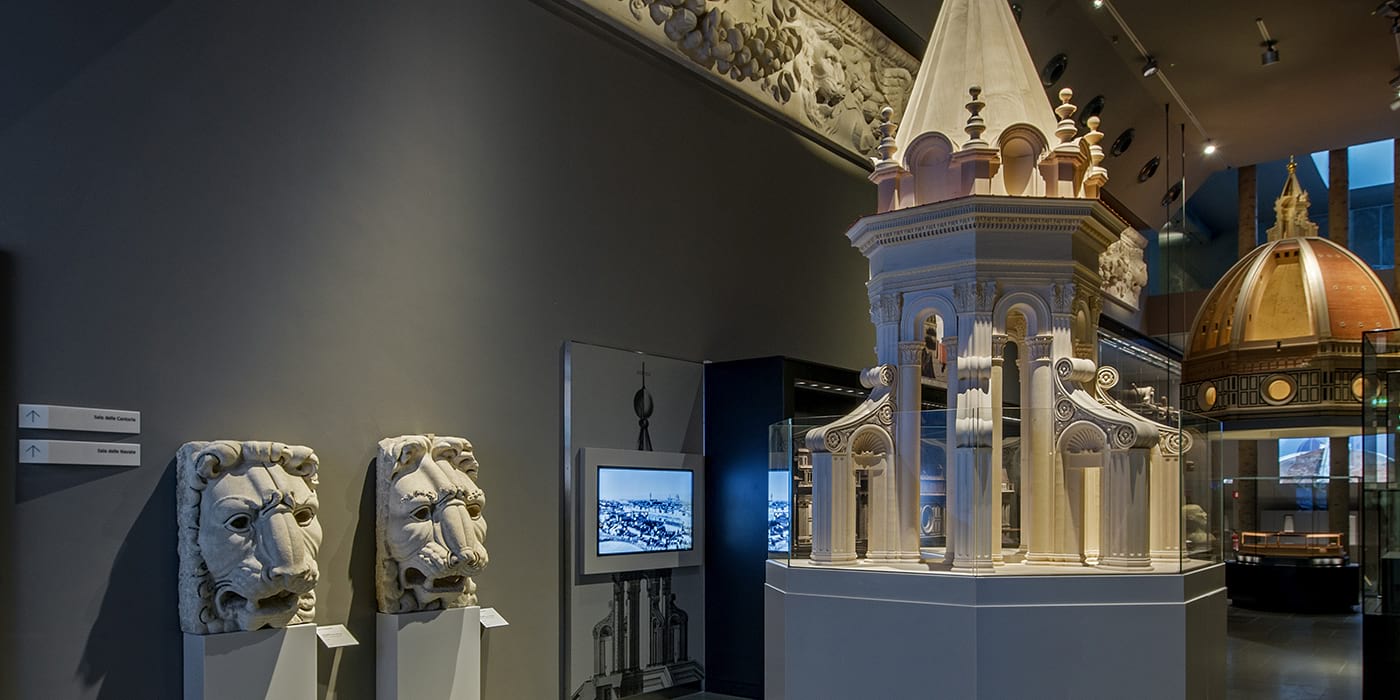