It is called the Sala del Paradiso with reference to the space between a baptistery and the related church which in the past Christians referred to as a “Paradiso” or Paradise, alluding to the joy of the newly-baptized who would cross this area to take part in the sacrament of the Eucharist for the first time. This was probably the sense in which, as recounted by Giorgio Vasari, Michelangelo described the door of the Baptistery facing the Cathedral as the “Gate of Paradise”, in a play on words intended to underscore the outstanding quality of Lorenzo Ghiberti’s masterpiece, worthy of the kingdom of heaven. This hall is in fact designed to recall the square corresponding to the “Paradise” of the city of Florence, bordered to the east by the facade of the Duomo and to the west by the Baptistery. The first facade of Santa Maria del Fiore, which was never built beyond the level which we can see here and was demolished in 1587, has been reconstructed on the basis of a drawing dating to the time. This has made it possible to replace many of the statues carved for it in their original positions, opposite the Baptistery doors with their narrative panels. Together with the two Roman sarcophagi that stood in the piazza from the Middle Ages up to the twentieth century, and the sixteenth-century statuary groups above the entrances to the Baptistery, the reconstructed facade recreates the dialogue between ancient, mediaeval and Renaissance sculpture for which Florence was famous. It was here that the humanism which ushered in the Modern Age of Western history had its first monumental expression. 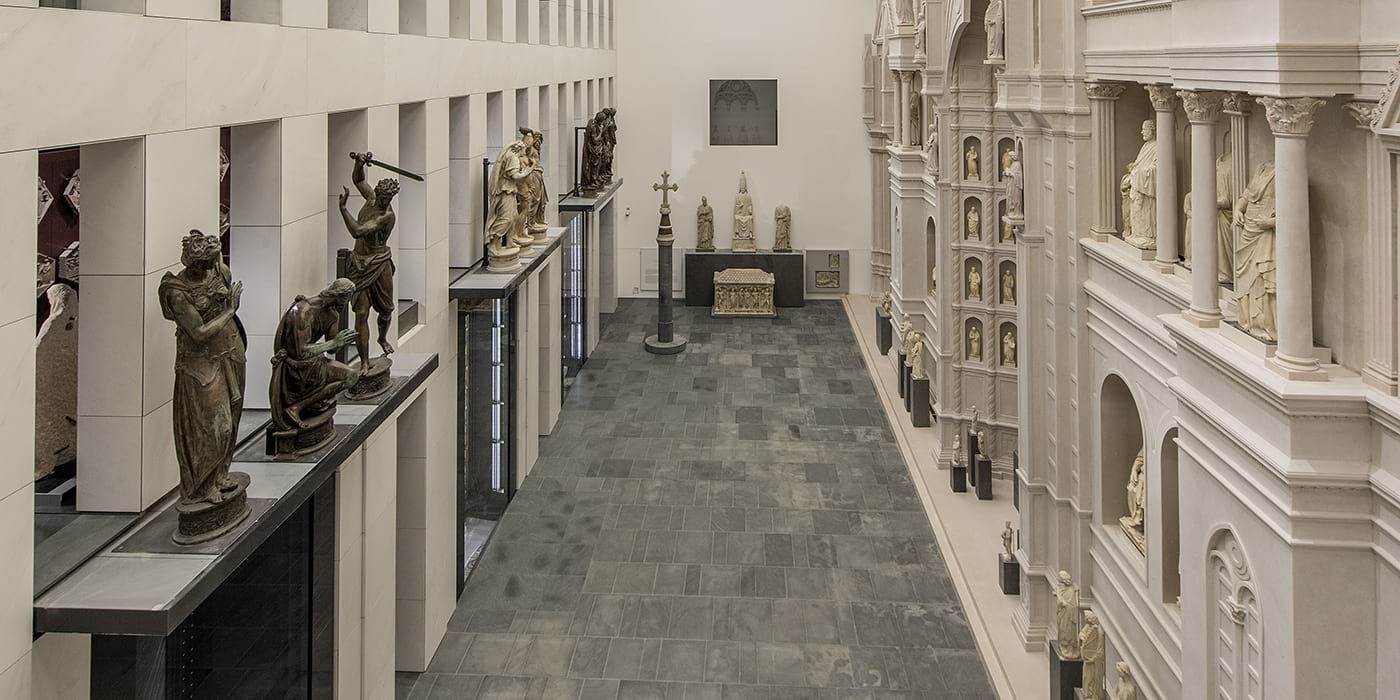