This room displays elements from the new marble enclosure of the sanctuary or ‘choir’ of the Duomo, which was commissioned from Baccio Bandinelli by Cosimo I de’ Medici in 1547 and completed in 1572. This was the first in a series of operations intended to modernise Santa Maria del Fiore in harmony with the current Mannerist taste. A 1:25 scale model illustrates the original richness of Baccio’s design, which was then simplified in the nineteenth century. The layout of the room is conceived to reflect Bandinelli’s reutilisation of the octagonal shape given to the choir by Filippo Brunelleschi in 1436.  The eighty-six reliefs that Bandinelli and his assistants made for the choir, twenty-four of which are displayed here, show male figures dressed in antique costume or nude. Although their identity is not entirely clear, they probably represent patriarchs and prophets of Israel and Greek and Roman heroes, like the figures painted by Michelangelo forty years earlier on the ceiling of the Sistine chapel. The significance of the choir sculptures was completed by the huge fresco of the Last Judgement painted inside the cupola between 1572 and 1579 by Giorgio Vasari and Federico Zuccari. Several details of this fresco are projected above the model. Baccio Bandinelli died in 1560 without being able to see this greatest work of his completed. The self-portrait which he inserted in the altar as a signature is also displayed here. Liturgical vestments dating from the sixteenth to the eighteenth centuries are displayed in showcases above the reliefs. These remind us that the faithful attending Mass in the Duomo would have seen not only the figures carved on the parapet of the choir, but also the priests in their magnificent vestments. 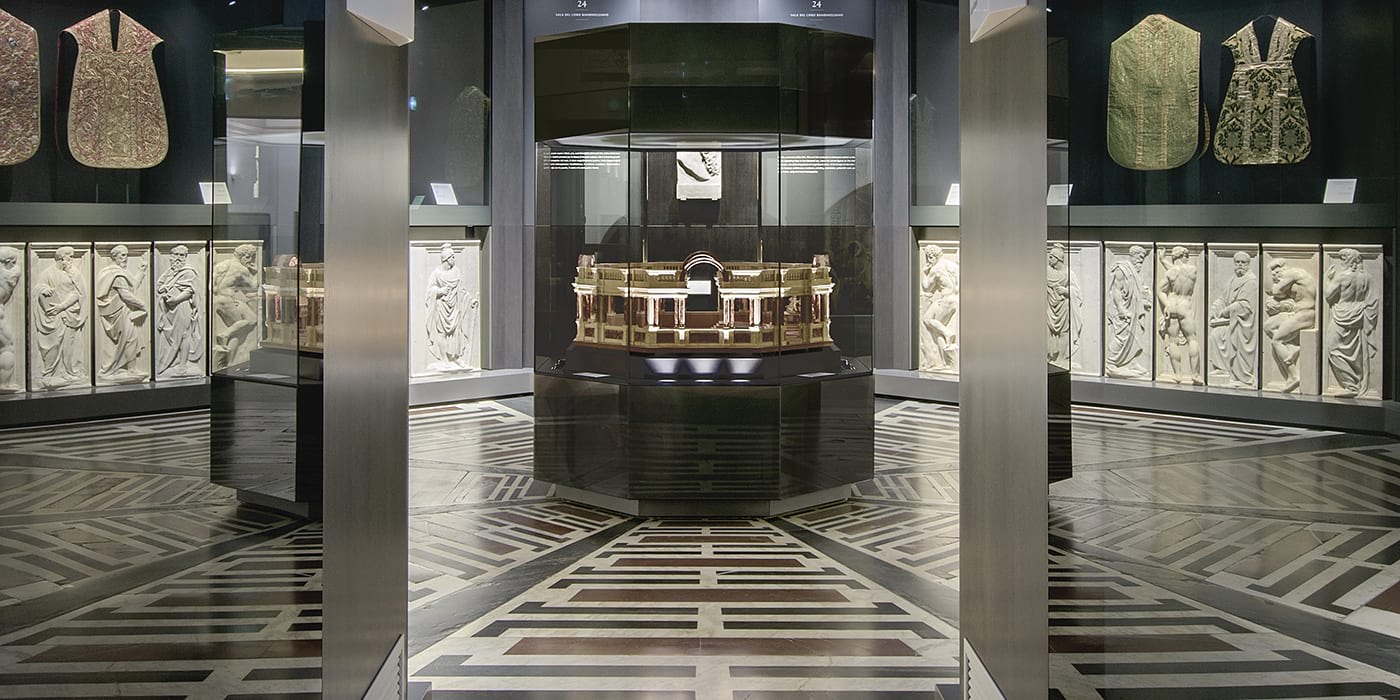