Around Donatello's Penitent Magdalene: concepts of virtue and beauty

Donatello's Penitent Magdalene preserved in the Museo dell'Opera del Duomo in Florence is one of the most famous works of art of all time.

Donatello's Penitent Magdalene preserved in the Museo dell'Opera del Duomo in Florence is one of the most famous works of art of all time. Atemporal from many points of view, the sculpture still manages to communicate effectively with visitors, who are unlikely to remain indifferent. The sculpture is surrounded by a very powerful "aura" that strikes the soul of the observer, cathartically awakening emotions of one's being. Poverty, penance, suffering, devotion, hope, expectation, resurrection, decay, exile, beauty but even rejection and ugliness are some of the visitors' comments when they observe it. Those who visit the Museum immediately understand that Donatello's Magdalene is different from the other works of the museum itinerary, where marble, bronze, gold, silver are the protagonists. Donatello chose to make a wooden Magdalene, of painted poplar, a material that reveals the perennial transience of life in the face of the immutability of the spirit. The communication skills of the sculpture also derive from the choice of this material, which allowed the artist to endow it with a unique expressiveness. 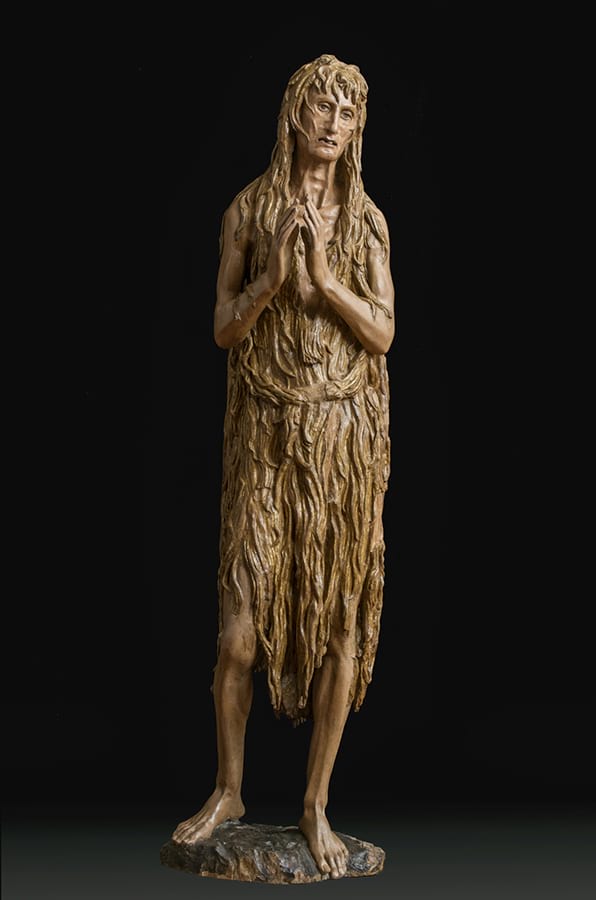 There are still questions surrounding the sculpture. Undoubtedly it is one of the most intimate of the artist but scholars still do not agree on the date of realization or the place for which it was intended. Documents mention it in the Baptistery from the 16th century. Hence, since the Magdalene acts as the female counterpart of John the Baptist, the Baptistery - dedicated to St. John, patron saint of the city and of which humility is one of the main characteristics, as Andrea Pisano reminds us in the South Door of this building - would have been a coherent place for the sculpture, as a first option or as a later one.
The undeniable message of humility, hope and survival that the masterpiece emanates must have deeply affected the women of the time, who, thanks to the mendicant orders, had become particularly devoted to the saint since the late Middle Ages. For many converted prostitutes, the Magdalene was an ideal of salvation to aspire to and the sources of the time recall how these were called "Maddalene" in Florence.

This aspect brings us back to the origins of the Magdalene in Christianity; if Donatello's sculpture is shrouded in mystery, the evangelical character is not excluded from complexity; the Magdalene we all know, handed down by tradition and iconography, is actually the personification of various women mentioned in the Gospels, giving rise to a single female devotional model: the anonymous prostitute of the house of Simon the Pharisee who had wet the feet of Jesus with her tears and then dried them with her hairs; Mary of Magdala (hence the name Magdalene) freed from seven demons and Mary of Bethany, sister of Martha and Lazarus, who had sprinkled oil on Christ's feet.
Mary Magdalene, celebrated as a "memory" in the Roman rite, raised in 2016 to the degree of "feast" by the will of Pope Francis, who remembered her as the "Apostle of the Apostles", underlining the importance of the role of women in the Gospel. 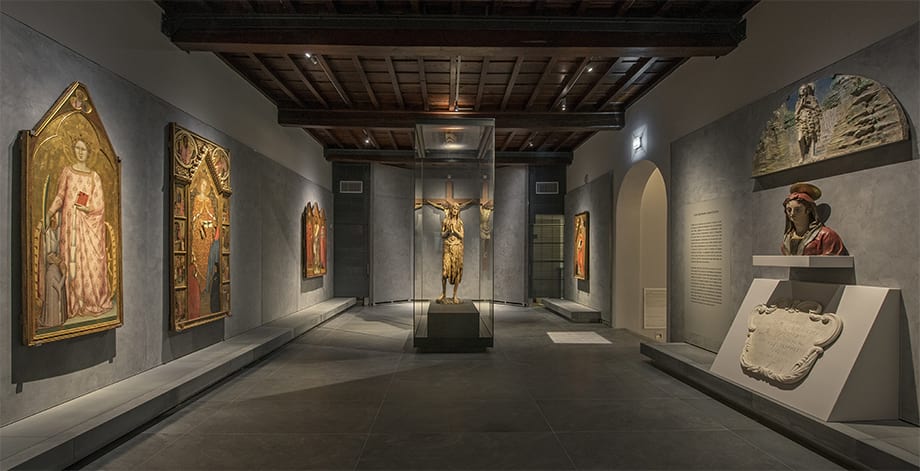 The sculpture is enigmatic in itself: consumed by fasting, Donatello represents the Magdalene of the hagiographic tale by Jacopo da Varazze in the Golden Legend (13th century): a sinful woman forgiven by Christ because she had loved very much and who after his death would be went to the south of France, spending the last 30 years of her life as a penitent, feed solely by the strength of the spirit. For those unfamiliar with the sculpture, it is easy to confuse it with the representation of the Baptist and therefore, recognize it as a man rather than a woman. This is an important fact for the understanding of this work, where the woman without her ephemeral beauty becomes a model of hope and survival thanks to her strength. Remaining in the room dedicated to her, one can observe paintings and representations of other holy women characterized by her beauty. In the Magdalene her virtue is materialized differently; Donatello seems to have annulled the beauty standards of the time in his Magdalene and this makes the sculpture very modern: a female model due to her inner strength and not for her external appearance. 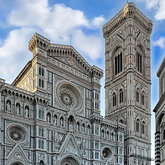 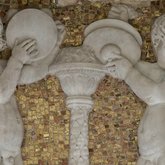 The Choirs by Luca della Robbia and Donatello, two unique masterpieces of the Florentine Renaissance.