This is Michelangelo’s second-last sculpture and it bears witness to the artist’s personal faith. Indeed, according to contemporary sources he had designed this work for the altar of a church in Rome beneath which he intended to be buried. Begun around 1547-1549, the sculpture was then abandoned at the end of 1555 when Michelangelo mutilated it in a destructive gesture triggered by the elderly master’s frustration at finding flaws in the marble. The Pietà was later restored, and in 1671 it was purchased by the Cosimo III de’ Medici, Grand Duke of Tuscany, and placed in the crypt of the Basilica of San Lorenzo; in 1722 it was transferred to the Duomo and placed opposite the high altar.

Sculpted in the early years of the Council of Trent, the Pietà focuses on the figure of Christ, emphasizing the Catholic dogma that the body of the Saviour is really present in the Mass. The Council confirmed this definition of the Eucharist through a decree published in 1551, while Michelangelo was still working on the group. He also portrayed himself in the standing figure supporting the body of Christ, Nicodemus, one of the two men who took the body down from the cross. The deeply affected expression on the face of Nicodemus is the self-portrait of the elderly artist whose love for Christ transpires in the sonnets written in the same years, one of which is exhibited in this room. 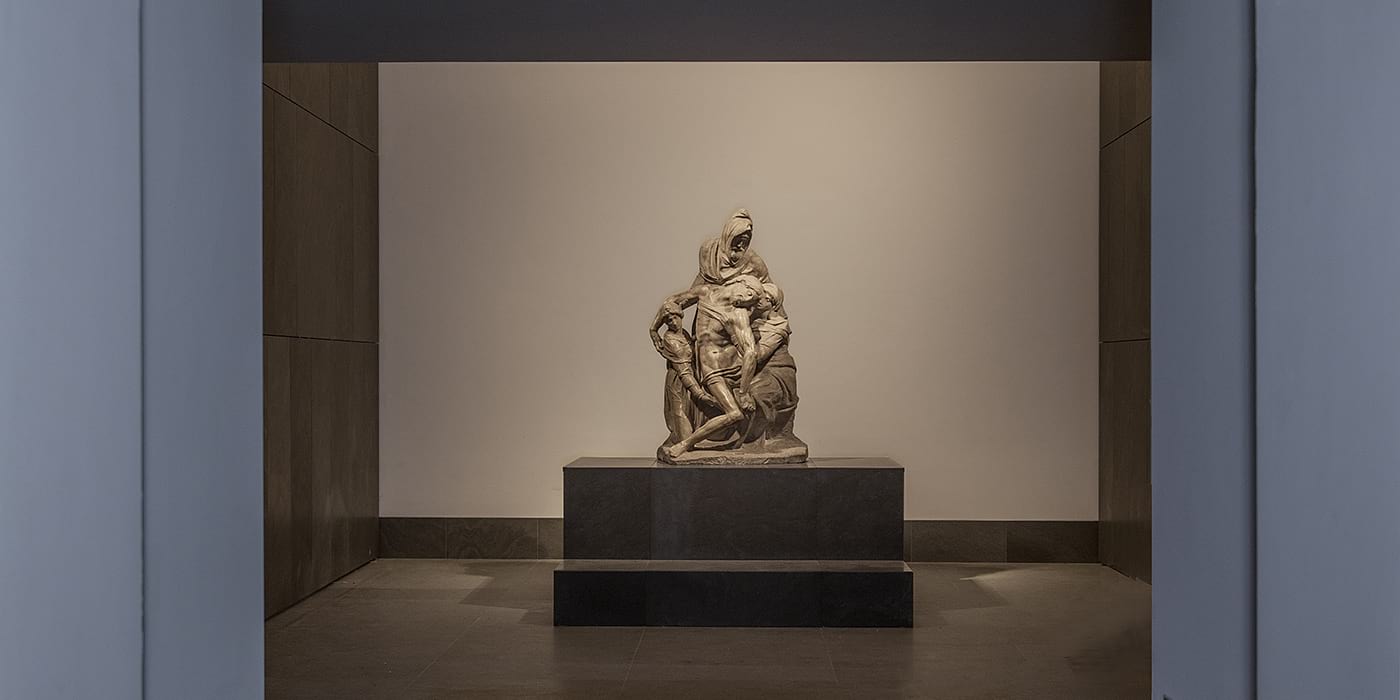