In this gallery are gathered: Donatello’s Penitent Magdalene and paintings and sculptures representing saints, in some of which the donors also appear in attitudes of prayer.

The work which gives its name to the first room, the wooden statue sculpted by Donatello around 1455, shows a woman who is mentioned several times in the New Testament: Mary of Magdalene whom Jesus relieved of seven devils (Luke 8.2) and who was confused in popular piety with the unnamed sinner who was forgiven by Christ because she had loved much (Luke 7.47). Mary Magdalene was the first person to whom the risen Saviour revealed himself on Easter morning (John 20.11-18) and the legend of the saint holds that, after Christ ascended to heaven, she became a hermit and converted many to the faith through the example of her ascetic life. Donatello weaves together the different threads of the story in a single image which shows a penitent Mary Magdalene, her face and body deformed by fasting and vigils, but at prayer and in peace. Also displayed here are a bust in painted terracotta which shows her when she was still young and attractive and a relief in glazed terracotta which portrays her in prayer in the desert. Donatello’s statue was probably made for the Baptistery, where it was to be found from the end of the fifteenth century up to 1996. A marble plaque set up beneath the figure in the eighteenth century confirms the unwavering devotion of Florence to the saint. 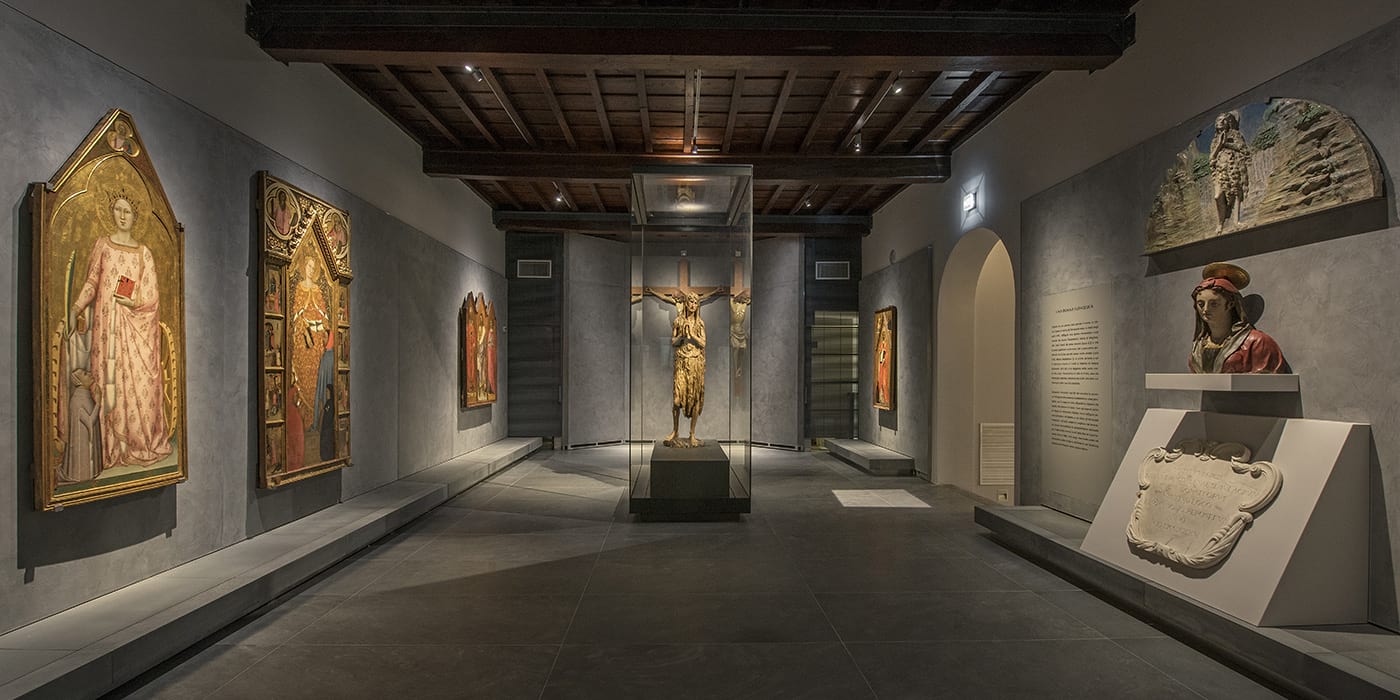