In the covered courtyard the dramatic sculptural group from the Baroque altar of the Baptistery has been reconstructed: a Saint John in Glory with candle-bearing angels executed by Girolamo Ticciati (1676-1745) in 1732. These dynamic sculptures, originally surrounded by a gilded sunburst, were accompanied by reliefs illustrating the life of the saint on the front of the altar and the chancel balustrade in front. There were also figures of eagles bearing bales of cloth between their talons, emblems of the Florentine guild which financed the modernisation project. This was the Arte di Calimala, the cloth merchants’ guild, which had been responsible for the Baptistery for centuries. The sculptural group was removed in 1912 and the medieval altar was restored in the Baptistery. 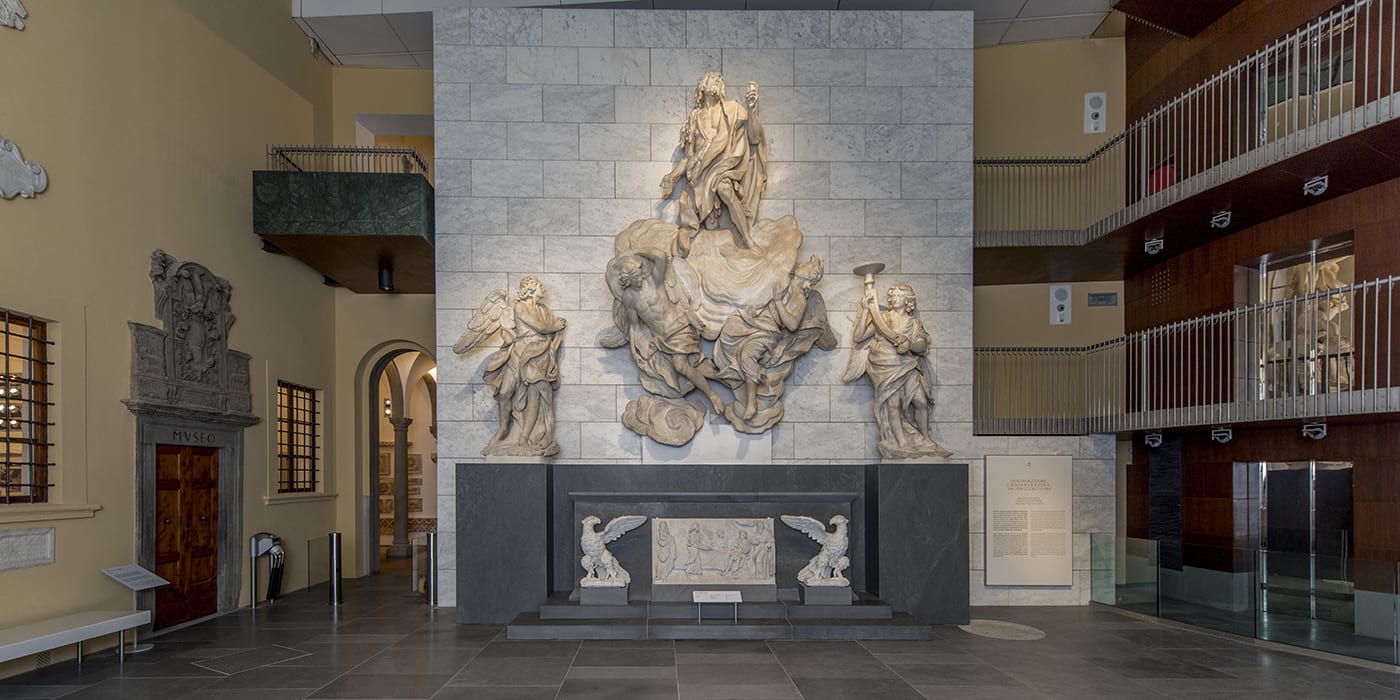