The Opera del Duomo collects an important musical archive, comprising outstanding parchment anthem books complete with beautiful illuminations. Three of the most important musical codices are displayed on rotation in this room, open at the pages with illuminations, selected among the  Graduals and the Antiphonaries in large format mostly commissioned by the Opera del Duomo between 1508 and 1526 to cover the entire liturgical year, but in some cases dating back either to earlier or later times. The most remarkable aspect of these anthem books is the iconographic element which, in addition to the religious aspects, also reveals a wealth of political and civic references. These culminate in the exaltation of the Medici family through both portraits and symbolic references, in particular to Lorenzo il Magnifico and his son Giovanni, elected Pope with the name of Leo X. 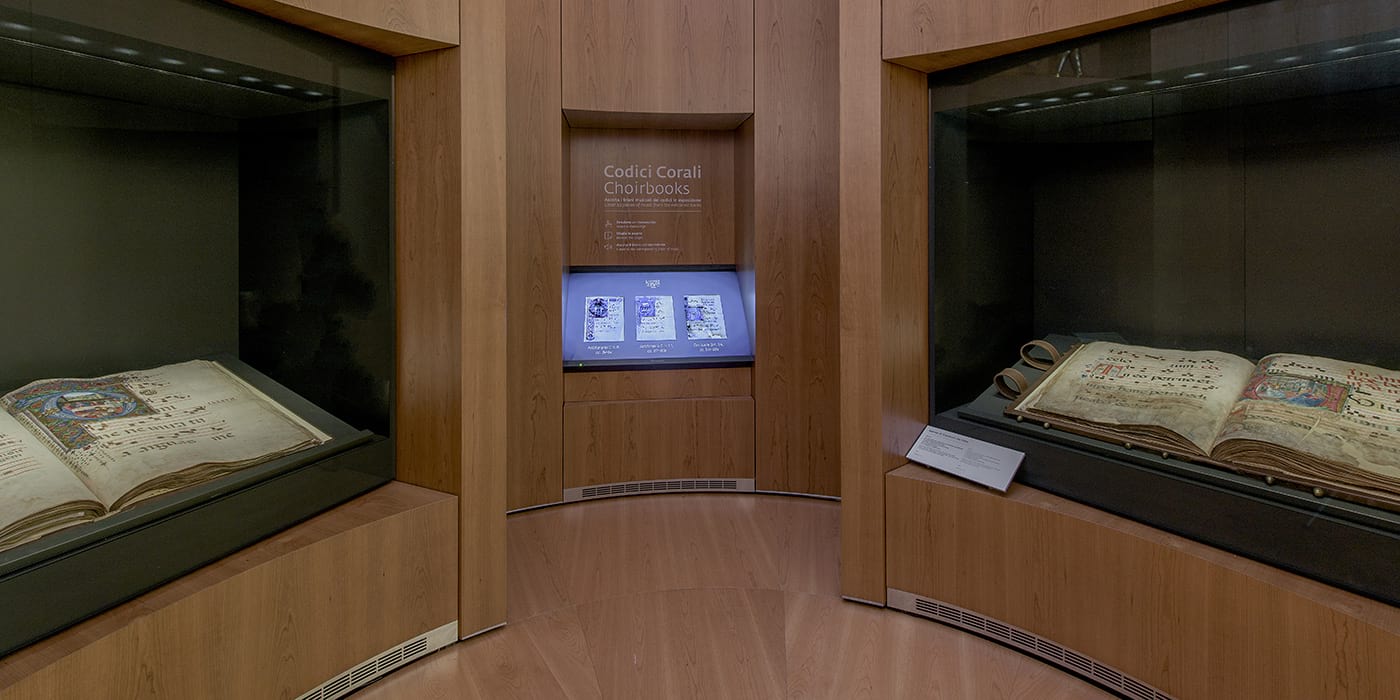