The New Staircase occupies the space corresponding to the foyer of the late eighteenth-century theatre Regio Teatro degli Intrepidi, also known as 'della Pallacorda' and 'Teatro Nuovo' built with the approval of the Grand Duke Pietro Leopoldo Habsburg-Lorraine on the space until then occupied by laboratories, warehouses and courtyards of the Opera del Duomo. the ceiling above the Scalone Nuovo is the only element of the eighteenth-century structure visible today. Renovated in the years 1839-1840, the Teatro degli Intrepidi experienced a slow and progressive decline from 1870 onwards, being reduced to an industrial warehouse in 1914, when the stalls, the stage and the relative plastic and pictorial decorations were dismantled. 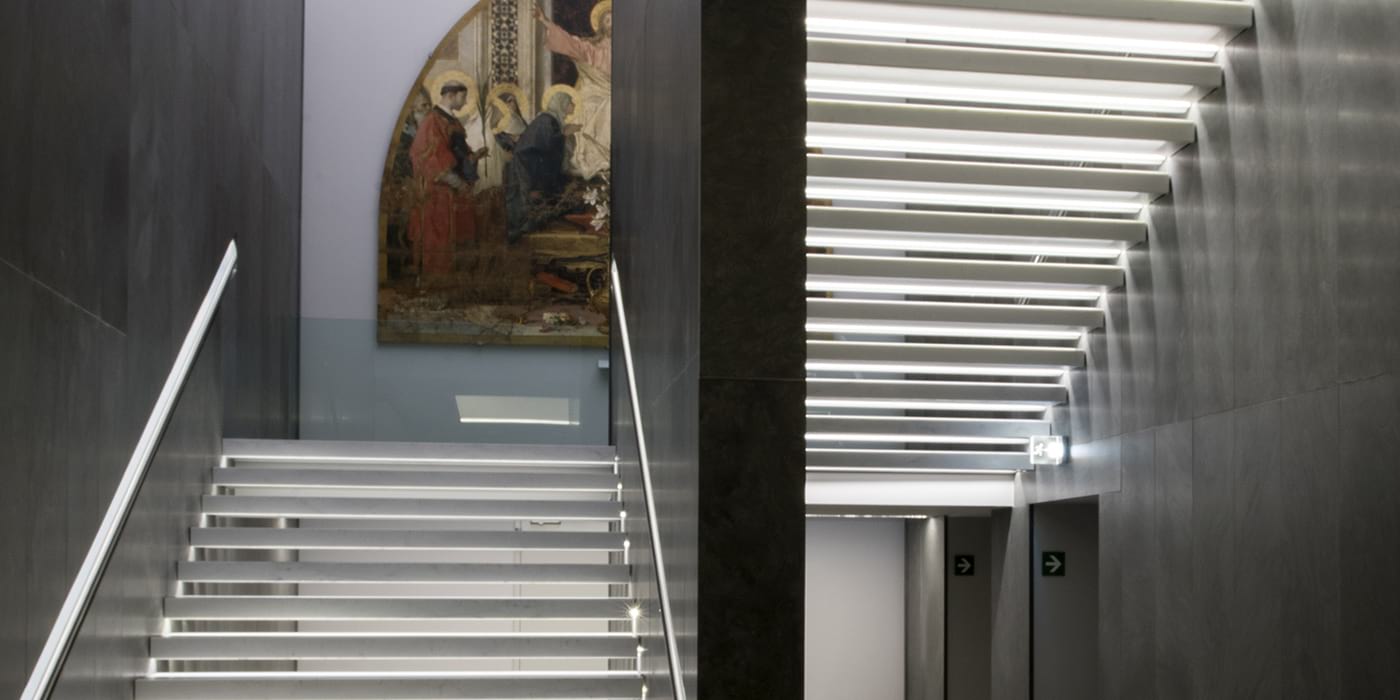