The Diamond, the Cross and the Medici Grand Duchess

One of the rooms of Florence Cathedral Museum is a unique of its kind: it is a real chapel, octagonal in shape, with a consecrated altar and within which it is possible to preserve and exhibit a part of the most beautiful and ancient reliquaries from the Cathedral and the Baptistery. Among them, in the niche to the right of the altar you can admire the majestic "Cross of the Grand Duchess". 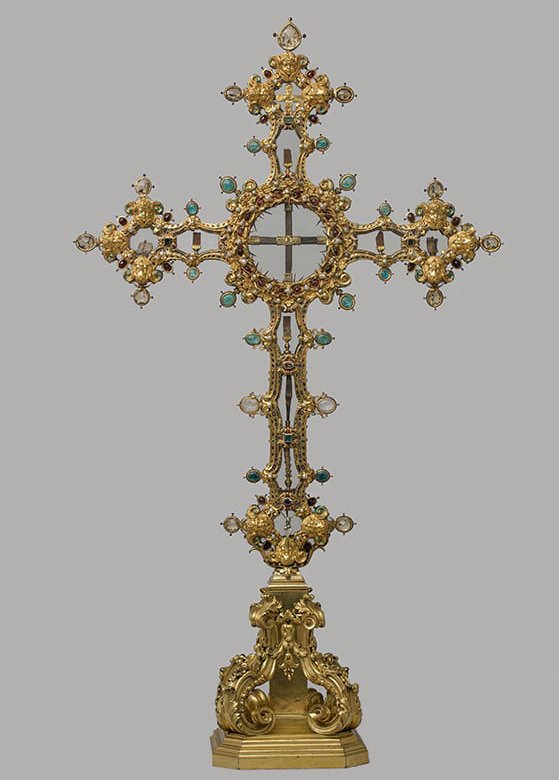 It is a cruciform reliquary containing important relics of the True Cross and of the Passion of Christ (some of which of Byzantine origin). Therefore it should be more correctly to called it “stauroteca” (from the Greek: “stauròs”, that is cross, and “theke”, which means collection). The importance of the relics explain the richness and the splendor of their precious container made in different periods by the best Florentine goldsmiths: it is an imposing cross 130 cm high, 74 wide; but its appearance is light, bright and airy. The body is in fact structured by a polylobed frame in gold foil, crossed by thin enamel decorations, interspersed along the edges with oval-shaped gems which encloses the relics inside the arms and the terminals, that are visible through rock crystals. 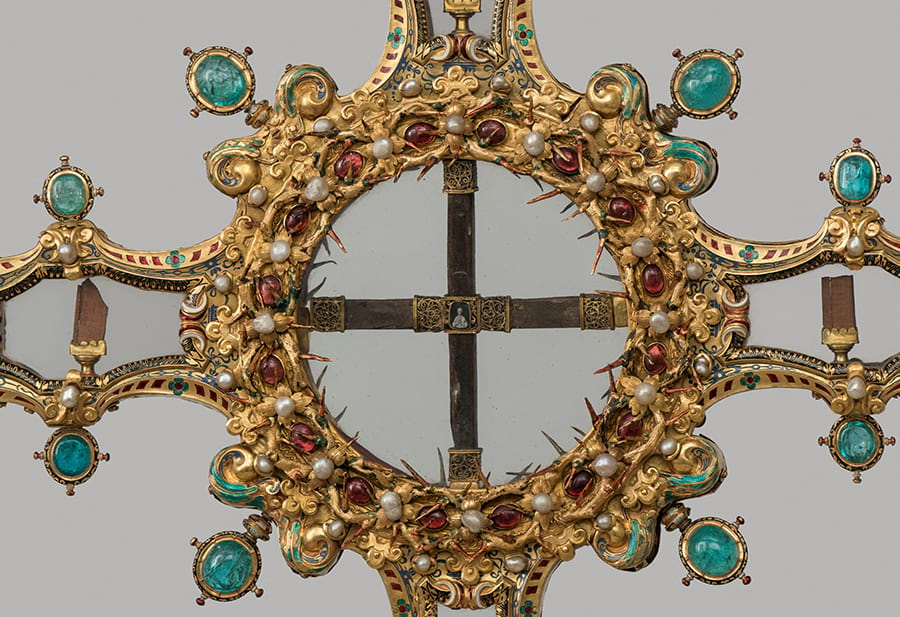 The most noble relic, the wood of the cross, is enclosed in the intersection of the arms, and around it is a frame crown of thorns shaped and adorned with pearls and garnets. On the top shines a large almond-cut Indian topaz, which reproduces the most important jewel of the Medici treasure, certainly the most extraordinary of all the Florentine collections and one of the biggest of the world: the huge yellow diamond, known throughout Europe as the "Florentine diamond" . This 137-carat precious stone was cut in a nine-sided double rosette with 126 faces for a weight of approximately 27 g.  As we will say, this precious stone disappeared at the beginning of the 20th century and therefore the topaz that reproduces it is the only visual evidence we have of this absolute wonder. 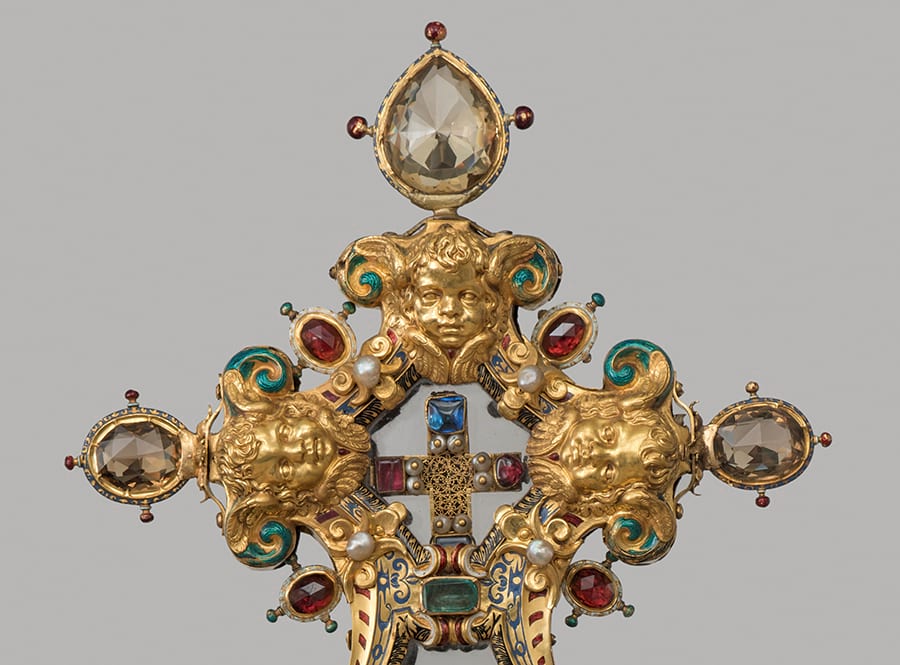 The origin of the diamond is mysterious: it appears with historical certainty in the purchase document dated 12 October 1601: Ferdinando I dei Medici, Grand Duke of Tuscany, bought it from the Portuguese Castro-Noranha family for about 35,000 Portuguese scudi (the Castro-Noranha had deposited it with the Jesuits of Rome). The co-treatment took place through the florentine man of letters and expert in precious stones Orazio Rucellai. The court diary of the time proves that the diamond still appeared rough. Only later, in 1615, Ferdinand's heir, Cosimo II, made it cut by Pompeo Studentoli, a Venetian artist who worked in the Tuscan grand ducal workshops. The large stone was mounted on a pendant, in serpentine gold studded with other minor diamonds, and was given as a gift to the Grand Duchess Mary Magdalene of Austria, who exhibited it in many portraits (and who also commissioned the reliquiary/stauroteca). From a chronicler we know that in 1657 the jewel was still in the Medici treasure and that it was the second largest in Europe.

After the extinction of the Medici dynasty, Anna Maria de Medici passed the jewel to the Empress Maria Theresa of Habsburg (1717-1780).

From the mid-18th century the diamond was set in the Habsburg crown and remained there until the collapse of the Austro-Hungarian Empire in 1918. The diamond followed the imperial family in its exile in Switzerland and then… vanished! According to some it was secretely sold and cutted into smaller fragments, for others it’s still hidden in some collection. 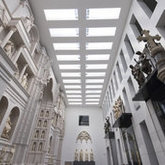 The Future of Museums, a talk by Julien Chapuis