A tour back in time: to the origins of florentine history, faith and art.

The remains of the ancient basilica of Florence dedicated to Santa Reparata are preserved underneath the current Cathedral and can be visited in a suggestive archaeological itinerary. It is a tour that tastes like a journey back in time: to the origins of florentine history, faith and art. Descending to the underground through a staircase the visitor enters into a space composed of various levels, witnesses of the passing of the centuries. The excavations, made between 1966 and 1972 led to the opening of the archaeological area to the public. In addition to the precious historical information obtained, the excavations have brought to light extraordinary artifacts and tombs. The most extrardinary discovery was the tomb of the great architect Filippo Brunelleschi: every year thousand of tourists from all over the world come to visit this tomb and to pay homage to the great genius, author of the dome of the cathedral and "inventor" of the Renaissance. Historical sources states that there should also be here the tombs of Giotto and Arnolfo di Cambio, but their remains have never been found ...

The origins: who was Saint Reparata? Before the Florentines began the construction of their gigantic duomo in 1296, the smaller church of Santa Reparata served as the city's cathedral. Santa Reparata is an oriental martyr saint, who died around 250 AD. Her cult in Florence coincided with a fundamental historical fact: thanks to the miraculous intercession of Reparata, the day of her feast, on 23 August 406 AD., the Ostrogothic barbarians of Radagaiso, that were threatening Florence, were defeated. Bishop Zenobius himself, who was later elected saint and patron of Florence, invoked Reparata against the Aryan faith, which was a terrible enemy of the Catholic Church. 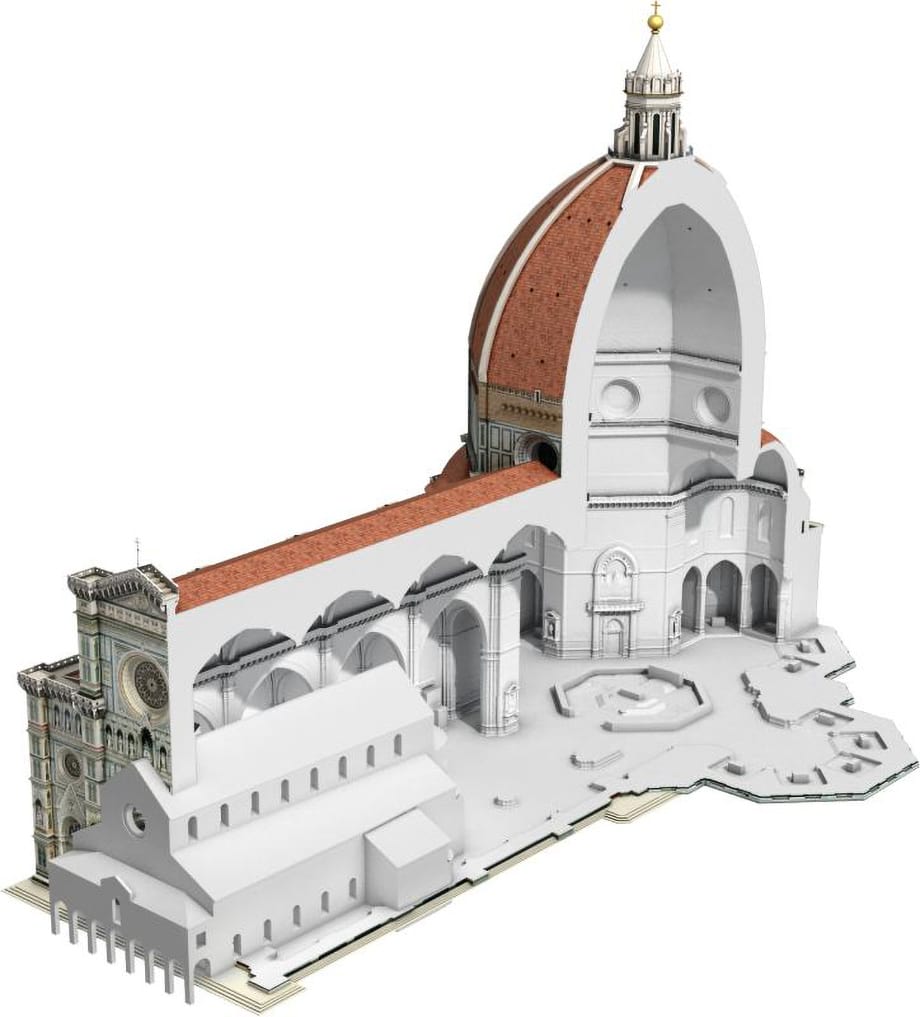 The remains of the oldest church date back to the beginning of the fifth century ca.: the temple was located inside the walls of the Roman “Florentia”, in the north-eastern area of the city. The church was made of blocks of sandstone; it was 50 meters in length for 25 meter in width, had an eastward orientation and had a basilical plan, with three naves separated by two rows of 14 columns made of stone and externally plastered, with a sloping facade and hemispherical apse: the floor in mosaic is a masterpiece made by Roman artists from the best shops of the time, operating in North Africa, a region with which the Florentines had close commercial relations. The mosaic features geometric motifs and a large peacock, symbol of eternity and resurrection, next to which are the names of the benefactors who financed the decoration.

In the 9th century, between the end of the Lombard domination and the renaissance of the time of Charlemagne, the church was renovated: the ancient mosaics were covered with a new terracotta floor, the columns replaced by pillars, a chapel was built on the southern side (where now is the book-shop) and maybe two bell towers were built on the sides of the apse. At this time the relics of St. Zenobius arrived from Saint Lawrence basilica. A crypt was excavated to house the venerated relics. The very rare and precious buckles date back to the Lombard period were found during the excavations and are still admirable in the main showcase. 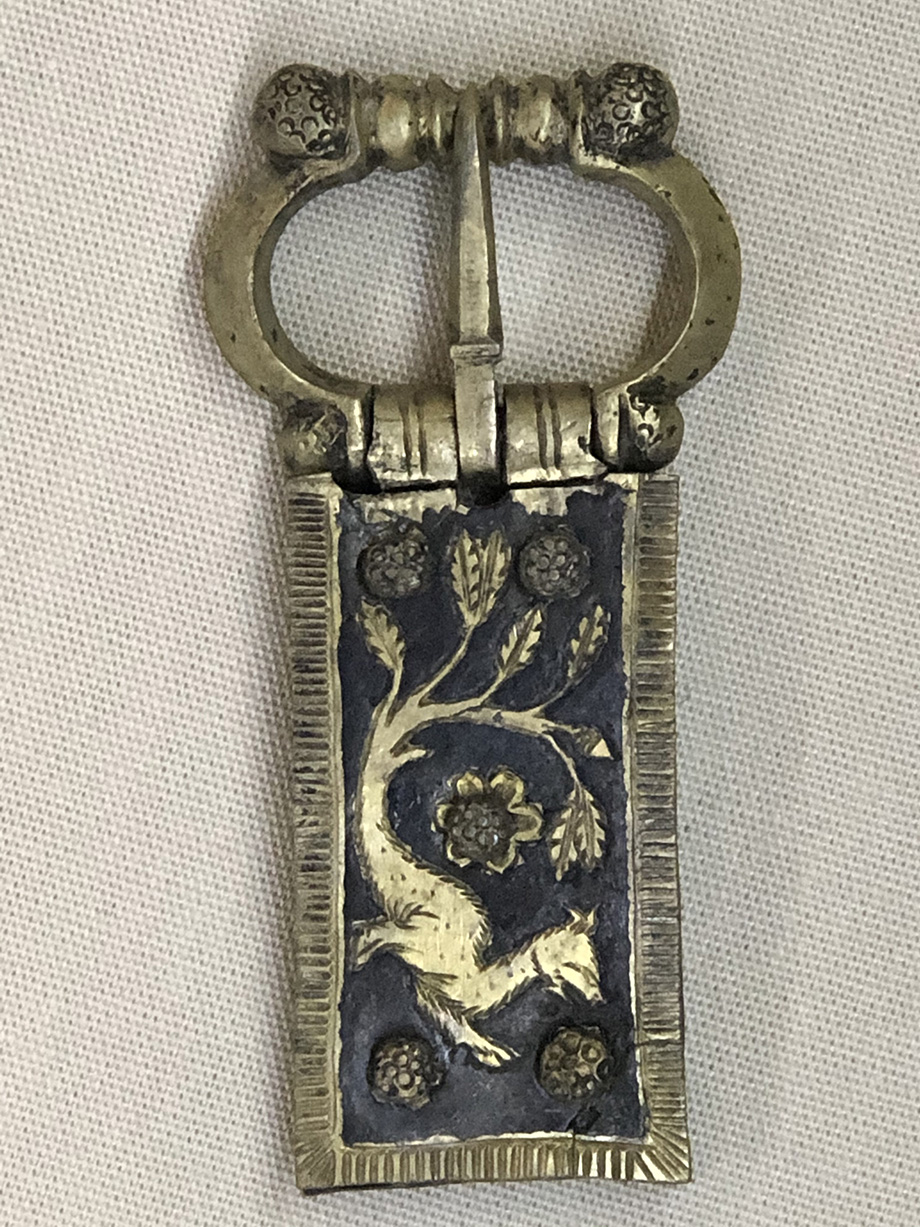 Between the eleventh and thirteenth centuries Florence became the capital of Tuscany and then a free common with a thriving economy; the church was again enlarged: it was raised on seven large pillars, a chapel was built on the south-side, mirroring the northern one, the two apses were erected on the sides of the central apse and a new floor in terracotta was laid. The structure of the church itself changed: the presbytery area was raised over the crypt, joined to the rest of the basilica by a staircase as in the major Romanesque churches (it was to remember the Florentine basilica of San Miniato). The tombs of two popes Stephan the 9th (died in 1058) and Nicolaus the 2nd (1061) took place in the crypt, and their pallii was miraculously found intact and preserved in a showcase. 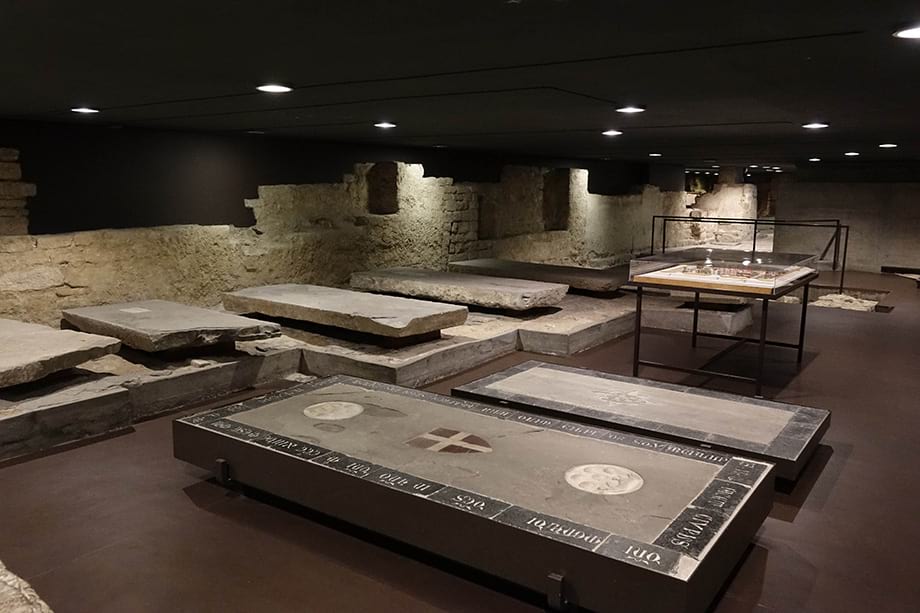 Many beautiful tombstones placed in various parts of the church date back to the 13th and 14th centuries: some with full-length portraits of the deceased, inscriptions, coats of arms and heraldic symbols sometimes accompanied by a rich pictorial or inlay polychromy. The great tomb of the gonfalonier Giovanni de 'Medici is splendid, in inlaid and sculpted marble, inside which a large sword and a pair of spurs were found, now preserved in the central case. 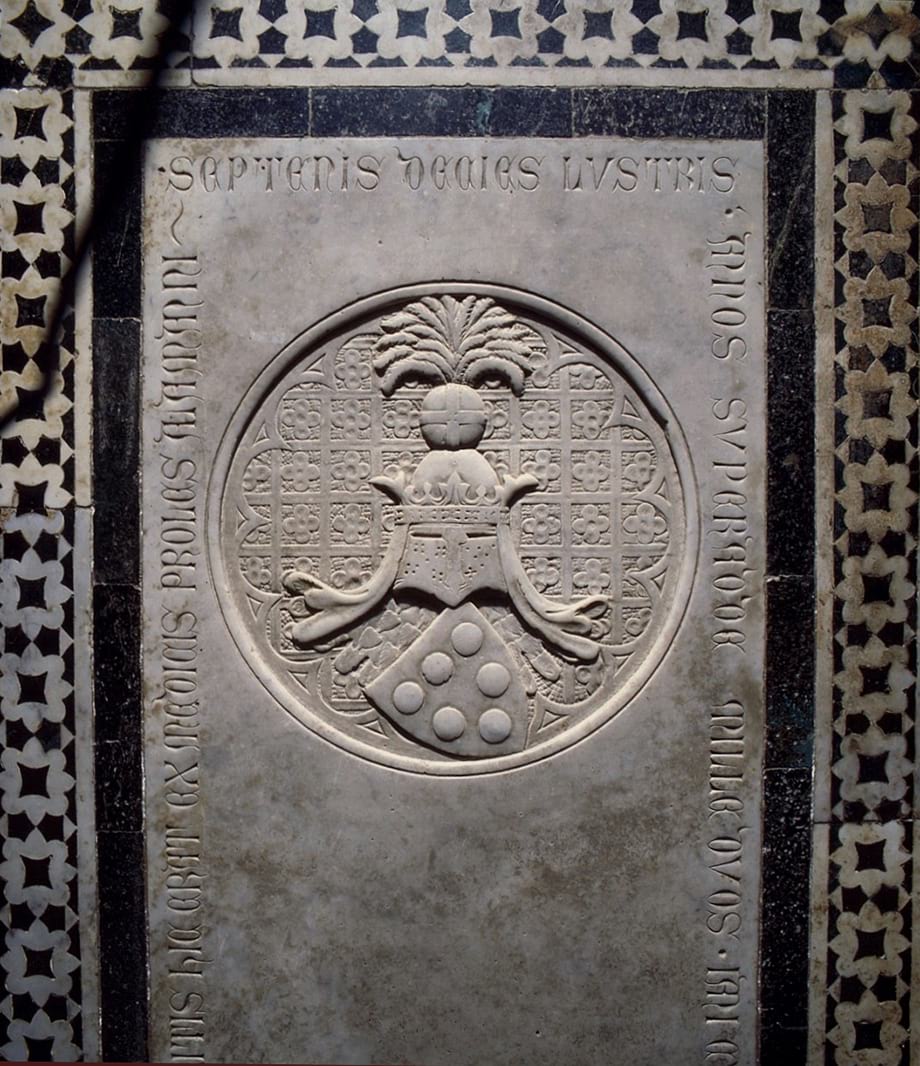 Finally, in the presbytery area, the visitor can admire the remains of the wall paintings of which the entire church was covered. The remains, depicting sacred stories and curtains cover a chronological period between the twelfth and mid-fourteenth century. The fresco in the southern minor apse is well preserved and depicts the Christ Man of sorrows between the Madonna and St. John the Evangelist. The painting dates back to the mid-fourteenth century, when the walls and facade of the new cathedral had already been erected around the old Santa Reparata; that proves that the ancient church was officiated until its demolition in 1375. 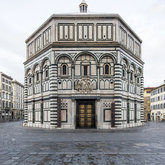 How old is the Baptistery of Florence? What do the legends say and what have the archeologist found? 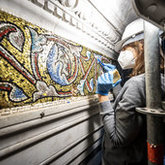