The procession of the Magi

To celebrate the Feast of the Epiphany on 6 January, the Opera di Santa Maria del Fiore will be organising a historical recreation of the Procession of the Magi.

This event was instituted to tie in with the celebrations for the seventh centenary of the laying of the cathedral's foundation stone and the foundation of the Opera itself, reviving an ancient and glorious Florentine tradition from the 15thcentury by staging a historical cavalcade under the auspices of the Archdiocese and Cathedral Chapter in conjunction with the city authorities and with the participation of towns and villages in the province of Florence.

The solemn cavalcade, led by the Three Wise Men (or Magi) on horseback in sumptuous silk costumes inspired by Benozzo Gozzoli's frescoes in the Medici Palace Chapel, will comprise some 700 players, including representatives of the Florentine Republic. Leaving Piazza Pitti at two o'clock, the procession will wind its way through the streets of Florence, reaching Piazza Duomo at half past three. Here, after the players have taken their leave and the culverin has beenfired, the Magi will place their gifts at the foot of the living crib. A speech by Franco Lucchesi, chairman of the Opera di Santa Maria del Fiore, will be followed by a reading of thepassage in the Gospels recounting the story of the Magi and by a message of greeting from Cardinal Giuseppe Betori, the metropolitan archbishop of Florence.

Representatives of some of the ethnic communities in Florence will be taking part in the procession in their traditional costumes this year for the third year running.

The Procession of the Magi already existed as a tradition in Florence in the 15thcentury, when a company of laymen known as the Santi Re Magi (Holy Magi Kings), bound by certain religious rules, organised a festive performance known as the Festa de' Magi which would process through the streets of Florence with the so-called Cavalcata dei Magi, initially every three years and then every five years after 1447. The cavalcade comprised three different processions which would meet in front of the baptistry and march together to the basilica of San Marco, where they would worship the Christ Child with hymns and prayers.

The leading members of the Medici family were also members of this secular company, which accounts for the initiative's abolition when they were exiled from Florence in 1494. After that, the procession underwent so many changes that it ended up gradually losing its religious nature, until it simply ceased to be held.

If it rains the ceremony will be held in the Cathedral. The entrance will be reserved to the city authorities, the Pueri Cantores and the figures of the procession. 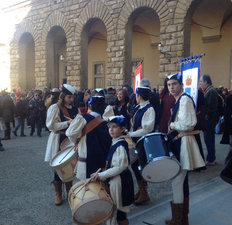 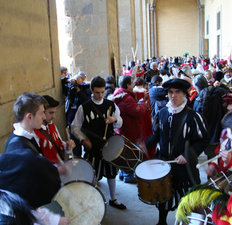 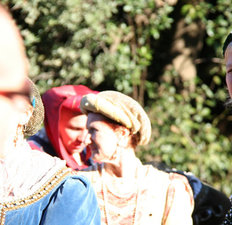 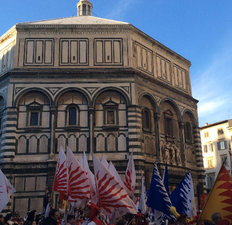 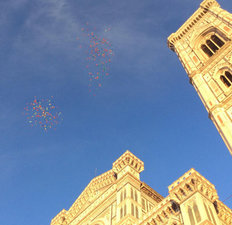