Santa Maria del Fiore, designed by Arnolfo di Cambio, is the third largest church in the world (after St. Peter's in Rome and St. Paul's in London) and was the largest church in Europe when it was completed in the 15th century. It is 153 metres long, 90 metres wide at the crossing, and 90 metres high from the floor to the bottom of the lantern. The third and last cathedral of Florence, it was dedicated to Santa Maria del Fiore, the Virgin of the Flower, in 1412, a clear allusion to the lily, the symbol of the city of Florence.

It was built over the second cathedral, which early Christian Florence had dedicated to St. Reparata.

The numerous different styles that we encounter in the building bear witness to changing tastes over the long period of time that elapsed between its foundation and its completion.

The first stone of the façade was laid on 8 September 1296 to a design by Arnolfo di Cambio. Arnolfo worked on the cathedral from 1296 to 1302, designing a basilica with classical volumes based on three broad aisles converging in a vast choir hosting the high altar, itself surrounded by tribunes subsequently crowned by a dome.

Arnolfo's design was substantially different from the church's current structure, as we can see from the outside. If we look at the northern and southern sides of the building, we will note that the first four windows on each side are lower, narrower and closer together than those to the east of them, which are part of an extension built by Francesco Talenti who was master of the works in the mid-14th century.

Arnolfo managed to complete two bays and half of the new façade. The facade was dismantled in 1587 when the Grand Duke Francesco I de 'Medici decided to build a new modern one and the surviving statues that decorated it are now on display in the Museum.

Work on the building site slowed down when Arnolfo died in around 1310, only resuming for good in 1331 when the magistrates of the Arte della Lana, or Guild of Wool Manufacturers and Merchants, took over responsibility for the building. Giotto was appointed master of the works in 1334, devoting most of his time to the erection of the bell tower but he died three years later. His post was filled by Andrea Pisano until 1348, the year of the Black Death which slashed the city's population from 90,000 to 45,000.

Work continued, despite constant interruptions, until a competition was finally run in 1367. The competition was won by four architects and four painters, including Andrea di Bonaiuto, Benci and Andrea di Cione, Taddeo Gaddi and Neri di Fioravante.

Francesco Talenti held the post of master of the works from 1349 to 1359, completing the bell tower and preparing a new design with the assistance of Giovanni di Lapo Ghini (from 1360 to 1369). The nave was fully vaulted by 1378 and the side aisles by 1380. The tribunes, and possibly also the drum for the dome, were built between 1380 and 1421.

The marble cladding and the decoration of the side entrances continued apace in the meantime, leading to the erection of the Porta dei Canonici to the south and the Porta della Mandorla to the north, the latter being crowned by a relief of the Assumption of the Virgin (1414–21), a graceful work by Nanni di Banco.

The other two doors are no less elegant: the door of the bell tower to the south, in the second bay, has relief work by the school of Andrea Pisano, while the Porta della Balla to the north was named after an old gate in the city walls leading out to the Borgo di Balla (now Via dei Servi) where the Arte della Lana had its drying sheds.

The cathedral's dignified east end consists of three large tribunes lit by Gothic two-light windows. Four exedrae, or blind tribunes, adorn the base of the drum.

19th century intervention – consisting primarily of new choir lofts and the simplification of Bandinelli's choir, from which the entire columned superstructure and the statues on the altar were removed – completed the decoration of the cathedral. But the most important operation of all was the construction of a new façade by Emilio De Fabris and his assistants between 1871 and 1884 in imitation of the decorative Florentine style of the 14th century that we find on the bell tower and the side doors of the cathedral.

Admission to the cathedral is allowed only to people wearing clothing suitable for a place of worship. Visitors with bare legs and shoulders or wearing sandals, hats and sunglasses are not allowed inside the cathedral. Bulky backpacks and bags are not allowed. The entrance for people with motor disabilities or impaired mobility is located on the right side of the Cathedral.
The monument features the TouchAble path inside. TouchAble

For information and special needs write to the email accessibilita@duomo.firenze.it
Download the Guida all’accessibilità 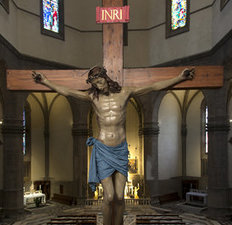 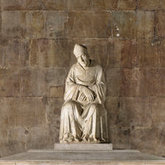 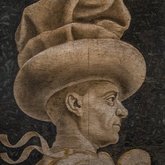 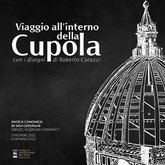